It’s been a while since I last made a reading list post. Here are some of the books I’ve been reading over this summer.

I bought all of these as eBooks (through a legal seller, though I then removed the DRM which probably makes me a criminal of the worst kind). I do like the feel of a physical book in my hands but eBooks are far easier to carry on an aeroplane. 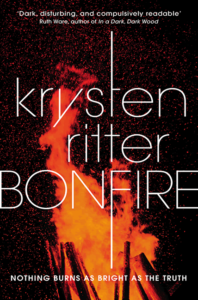 Actress Krysten Ritter’s first published Mystery / Detective novel. The story is a mix of the conspiracy of a missing persons case, corporate greed and the struggle of coming to terms with somewhere you tried to escape. I was more interested in the conspiracy & detective side of the story, but it plays off well (and is intertwined) with the more personal side.

It’s a good story, but unlike some of the others in this list, I didn’t really think deeply about it after having read it. 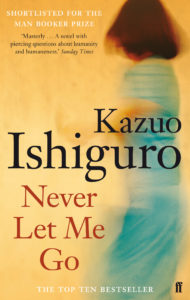 This came out many years ago, but I might well give this a “Book of the Year” as far as I’m concerned. I began reading this one completely blind to it, and the way the story is written – as a series of flashbacks hinting at a dystopian yet normalised state of affairs is chilling.

By the end of the story it paints a grim picture for society, and in a way that’s entirely believable. When faced with convenience, it’s far too easy to dismiss the proverbial “making of the sausage”. I do it myself very often.

I end up caring about the characters and the loss that they all end up going through. If a book can do that (and this one does it spectacularly), then that makes for a great read. It’s not just telling a series of events like some dystopian fiction I’ve seen recently, and because of this I want more. 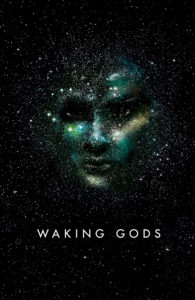 I binge read this Sci-Fi series of 3 books while on holiday and loved it. Loved the characters, the story and the style of writing.

The entire series is told as if you were reading through the archives of past events – audio log, interview and newscast transcripts. That was a bit jarring at first, but ends up working really well.

The story is gripping. It’s the first book series I’ve come across in a while that I just wanted to keep reading and not put down. The conspiracy behind what the alien technology might be for, or what the aliens are up to seems fairly realistic (as real as fantasy Sci-fi can be, I guess). But the way humans react to the events as they unfold is probably spot on (for better or worse).

I love the characters in this. The whole story takes place of a number of years and seeing how all the characters grow (or not) adds a lot of depth. I think this is where the method of telling the story really comes into its own. As scientists they are encouraged to keep personal logs, which means the characters can monologue all they want, and you can really get into their head.

The story wraps up nicely. While I don’t mind a series that goes on for 20+ books, I can easily recommend this little contained story in 3 parts. I still want more of it though. 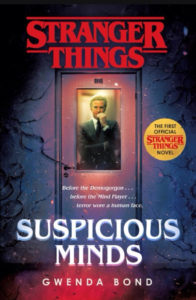 A Stranger Things prequel novel. It follows Eleven’s mother and her band of fellow MKULTRA test subjects as they go through their difficulties with the test program.

This book was a good expansion for the Stranger Things story, but I think it would be most enjoyable for someone who has actually watched the show. 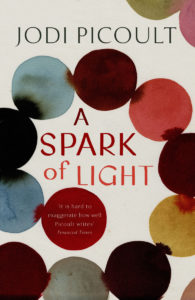 Drama & Social commentary on abortion. I actually learned some stuff reading this – who knew books could teach you things.

The entire story is told backwards, which is a bit confusing at first, but ends up working well. You can see how everything interconnects and leads exactly to the situation you’re now in, and it makes learning the motivations of everyone involved a lot more interesting.

It follows a host of characters as they react to being involved in (and leading up to) a shooting incident in an abortion clinic. The book does a good job of covering the pro/con arguments of both sides, and the general discourse around the whole issue. It doesn’t come across as preachy one way or the other which makes it easier to focus on the story rather than an overbearing message.