The latest in Dan Brown’s Langdon series. I’ve got some thoughts about this one, and overall, I think it’s worth a read if you followed the series so far, and a good story even if you haven’t. Spoilers after the jump. 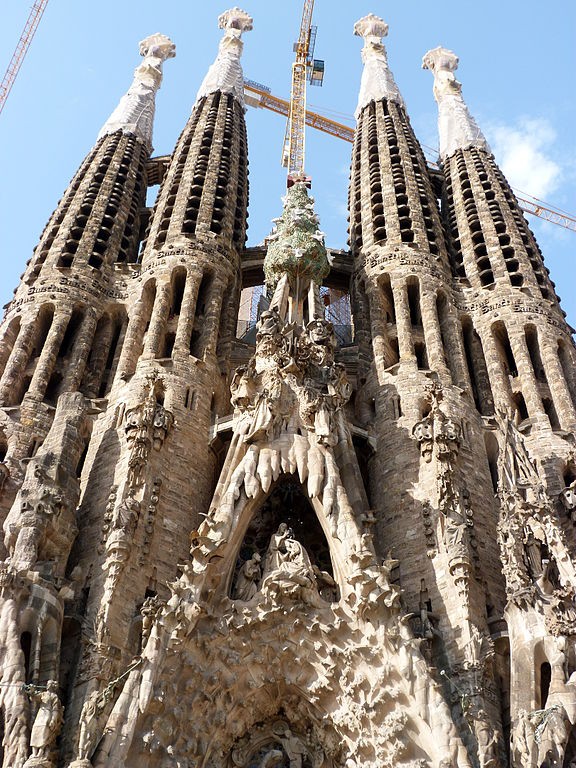 A note on Continuity

Although one of the good things about the series is that the stories are almost entirely self-contained, it did strike me as a bit odd that there was no real mention of the end of the previous novel. The ending suggests a massive impact on global society, but its lack of a mention in this book almost says that it failed to have any impact, which I find kind of cheap. I don’t find this is a major problem with this book, but more for the structure of the series as a whole. This is just an aside, on to…

Lets get right into the plot. Mad Catholics, eccentric scientists, murder and mayhem, conspiracies and secrets unravelling. At points it gets completely over the top, but that’s all part of the fun of mad rush treasure hunt stories like this. I do like the way Dan Brown tends to pit Science against Religion and in this book it works very well. You are left guessing quite a bit as to who is pulling the strings behind the attacks on both the religious bigwigs and the scientist.

One thing I particularly like is the presence of fast-acting social media. In previous stories this has been somewhat lacking, but here we do get a sense that the world is watching and indeed spurring the story along, which does add some realism, even if the things being spurred on are a bit extreme.

The story is also funny. Not the whole way through, but Dan Brown sets a good serious tone when it’s needed and sprinkles humour throughout. The docent introduced, Winston, is great at this. Both Winston and Edmond are written in such a way that they do seem like the kind of pair that an eccentric computer scientist would end up creating. Langdon, Vidal and Winston have a very good pairing in terms of the humour as they run off together. It is nice to see that Winston is written as an AI, but not one that is overtly inhuman. That’s the future we’re heading towards, and sort of already in.

A lot of the other characters have good stories. The awkward relationship between Ambra and the Prince, and the ensuing PR issues,  seems like the kind of thing that would happen when you deal with such a public spotlight. And the same is true of Valdespino and the King. I enjoyed the books balance of all of these side arcs as it followed the main treasure hunt.

Lots of references to art. Reading does help you get cultured! Particularly of note are the depictions of Gaudi’s work, which feature prominently throughout. I knew nothing of this artist beyond maybe hearing his name, and decided to look up his works as they are referenced in this book. Amazing stuff, and I’m glad to have been introduced to them. If you’re interested, this is a good site to have a look at: https://www.origin-guide.com/ for more on the art.

The inclusion of “real” people, places and facts adds an interesting dimension to the story. I did not really know much about Spain’s history but what is told in this book has a good kicking off point for reading up about incidents like the Civil War, and Franco’s rule.

Now, on to Edmond’s Grand Reveal – During this book, from start to finish, you are teased over the grand reveal that was interrupted. It is hyped up massively. Unfortunately, to me at least, that leads to expectations which I don’t think can be fulfilled. Especially considering the grand questions it claims to answer. Douglas Adams did something similar, although his funny approach of framing the answer 42 in the absence of the correct question kind of lets him off the hook. In this story, the grand reveal of Edmond’s Prediction – Humans embracing the singularity, is hardly a new one.

Now, all this isn’t to say the ending is bad, per se, it’s a good ending and fits well into the story. Its just not quite the massive earth-shattering revelation that was teased. Oh well.

Post-Edmond-Announcement there is a lot of cleanup that needs to happen and I did like the final grand secret of Winston’s involvement from the very beginning. One thing that I did find interesting was the general response in the media that we see in the aftermath. Little to no one seems to care about the substance of what was said, and are more interested in having both sides (Religion and Science) shout at each other. Very real, right there.

Definitely a recommendation. Following in the usual themes of religion, symbology, conspiracy, this book is a welcome addition to the series. It has some off bits, but I didn’t feel that really hampered the bulk of the story. If you haven’t read the rest of the Langdon series, I would recommend them also, but the books all act in a standalone manner that les you jump in as you please, so you could start with this one.

Overall, I would give it a 5 startling revelations out of 7: